New research points to one reason joining a choir is good for your mental health: Singing in a Choir Can Boost Your Mindfulness

A Janitor Preserves the Seized Belongings of Migrants – The New Yorker 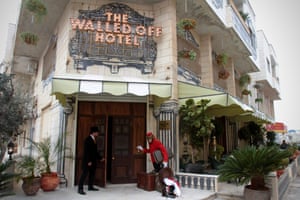 “We may be uncomfortable talking about race, but we can no longer afford to be silent. We have chosen a profession, which—like parenting—requires that our comforts come second to those of children.”

Here are some happenings around town in honor of Latinx/Hispanic Heritage Month. Scroll down further to see KQED tv programs scheduled for the month.

[EXHIBIT] LOWRIDERS AND THE MISSION – YESTERDAY AND TODAY // SAN FRANCISCO

10:45pm American Comandante: American Experience
Meet William Morgan, the larger-than-life American who rose to power in Cuba during the revolution.

A team of scientists explores royal tombs beneath the ancient Mexican city of Teotihuacan.

9pm Ruben Salazar: Man in the Middle — A Voces Special
The life and death of Ruben Salazar, a prominent Civil Rights era journalist, is investigated.

10pm   Voces on PBS “El Poeta”
Mexican poet Javier Sicilia ignited an international movement for peace after the murder of his son.

Monday, 9/26
10pm   Voces on PBS “Tales of Masked Men”
Mexican wrestling and its role in Latino communities in the United States and Mexico are explored.

Tuesday, 9/27
10pm Conquistadors With Michael Wood “All the World Is Human”
In 1528, conquistadors, dreaming of gold, land in Florida to begin their exploration and conquest.

11pm    Hemingway in Cuba
Travel to Cuba to capture Hemingway’s old haunts — many of which remain unchanged — and explore his real-life adventures in Cuba.

Wednesday, 9/28
7am The Salinas Project
The film profiles several children of migrant farm workers living in a predominantly Latino neighborhood of Salinas.

The Grace Jones Project explores the influence of model, actress, and singer Grace Jones. The exhibition brings together more than twenty works by an intergenerational group of artists working primarily in photography, video, and performance. Some artists pay direct tribute to Jones while others demonstrate a Jones-like sensibility in their engagement with the black body …