NPR’s Rachel Martin talks with Jim Hopper, a teaching associate at Harvard Medical School, about sexual assault and its effects on the brain: The Effects Of Sexual Assault On The Brain

When Donald Trump allegedly referred to Haiti, El Salvador and some African countries as “shitholes,” we called his comments r-…rr-…really really vulgar. Why were we so afraid to call them racist?

Year of the Monkey starts today, and the festivities last for 15 days.

Read on here for more information and to find out about Lunar New Year traditions: Chinese New Year 2016: Facts, Dates, And Ancient Traditions 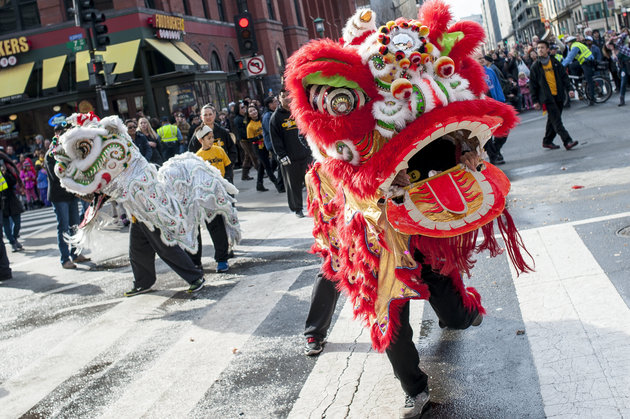 I am writing to share a reflection in response to Friday’s attacks in Paris.

I am not sure if you know, but a day before these horrific attacks in Paris, there was a bombing in Beirut, also claimed by Islamic State/Daesh. Here’s more information about the Beirut attacks.

And please see this article on the word choice around ISIS, IS, and Daesh — because the words we use matter, and it’s important to disconnect the religion of Islam and those who practice their faith peacefully from Daesh.

I noticed that Facebook did not provide a temporary profile photo option featuring the Lebanese flag as it did with the French flag, which people could add to their profile photos to show their solidarity.

A month ago, there was a bombing in Ankara, the capital of Turkey, also connected to Daesh. 97 people were killed, about 250 wounded. My Facebook feed did not include story after story about this other than what my friends and family in Turkey posted.

I share all this (and I know there are many other stories I don’t know about due to my limited access to more diverse news sources) to ask that while we remember those who lost their lives in Paris and send love to all who lost loved ones, we also think about whose stories of suffering we hear about, and whose suffering goes unreported, and why.

As I tell my students in my Cultural Competency class, knowledge is a social construction.

And here’s one of many takeaways from the White Privilege Symposium by the Bay, which I attended this weekend:

As we take time to remember and respect the memory of those who suffered attacks in Paris, let’s also keep in our thoughts and prayers those in France who may suffer consequences and hardship in the aftermath of these attacks.

How we talk about this group of militants is central to defeating them.

Words matter in ‘ISIS’ war, so use ‘Daesh’ – The Boston Globe

More than 11,000 families in Iceland have offered to open their homes to Syrian refugees in a bid to raise the government’s cap of just 50 asylum seekers a year.

I spent the last three days compiling facts, photos, videos, personal narratives to share with my 10th grade Cultural Competency class this week. (This morning, the projector didn’t work, and we lost 10-15 minutes of class time. When I got frustrated about what I didn’t have a chance to cover, I reminded myself: Get over your privileged “problems,” T.)

Yesterday, I posted something on here that I found while lesson planning, thanks to writer Rebecca Solnit and her Facebook post: selections from a website that was put up in 2005 (it has since been taken down) where people from all over the country could share Housing Offered posts for the Hurricane Katrina victims in need.

Today, reading this particular story about Syrian refugees (not “migrants”) and about the generosity of the citizens of Iceland made me shed tears once again — tears of gratitude for  human kindness, camaraderie, empathy, compassion, unconditional generosity: More than 11,000 Icelanders offer to house Syrian refugees to help European crisis – Europe – World – The Independent.

These words in particular slayed me:

“They are our future spouses, best friends, the next soul mate, a drummer for our children’s band, the next colleague, Miss Iceland in 2022, the carpenter who finally finishes the bathroom, the cook in the cafeteria, a fireman and television host…People of whom we’ll never be able to say in the future: ‘Your life is worth less than my life.’”

These words, in how humanizing they are, ground me in why I do what I do…in a country to which I have immigrated, whose land and people I have claimed as my own.